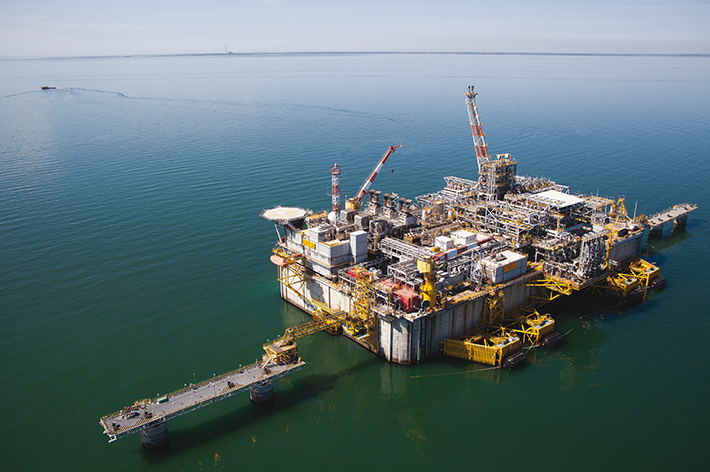 The Adriatic LNG Terminal is the first offshore Gravity Based Structure (GBS) for unloading, storing and regasifying Liquefied Natural Gas (LNG), in full respect of the environment.

With a regasification capacity of 8 billion cubic meters of LNG per year (equal to half the national LNG import capacity), the terminal supplies over 10% of national consumption of natural gas.

Guaranteeing supply to Italy LNG shipped mainly from Qatar, but also from Egypt, Trinidad and Tobago, Equatorial Guinea and Norway, the Adriatic LNG terminal marked the start of a new phase in the national energy supply system.

To acknowledge its technological and strategic excellence within the national energy system, in 2010 the terminal was awarded “Best Infrastructure Project” at the 12th edition of the Platts Global Energy Awards.

Located in the Adriatic Sea, about 15 kilometers off the Veneto coastline, the terminal is linked to the national distri ...

Liquefied natural gas (LNG), unloaded from its carriers, is kept in the liquid state in two storage tanks placed inside ...