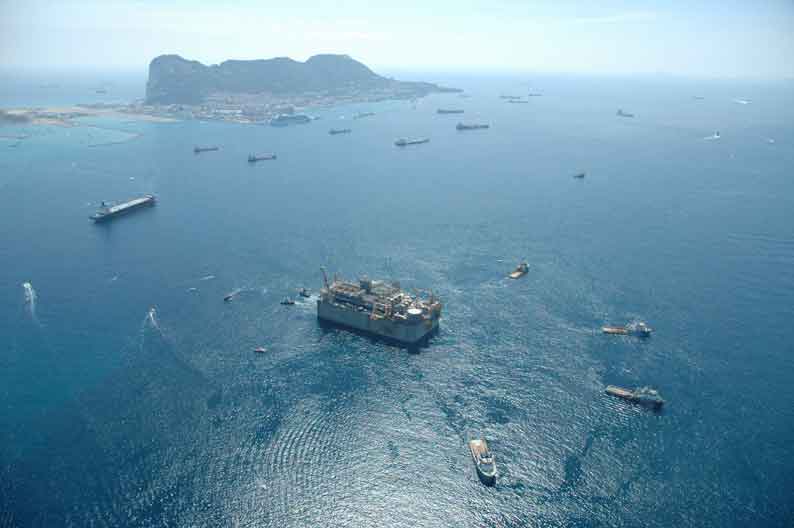 • On May 2, 2005 the project company Edison LNG Spa is transformed into Adriatic LNG, in order to design, build and operate the offshore terminal. Adriatic LNG is co-controlled by ExxonMobil and Qatar Petroleum with the authorization of the Italian Competition Authority. In the same year, work begins on the construction of the terminal at the Campamento basin, near Algeciras in Southern Spain, with many of the components coming from abroad (South Korea, France, Japan, Italy, Norway, Sweden).

• In February 2008 Adriatic LNG and the local institutions represented by CONSVIPO (Consortium for the Development of Polesine) sign an agreement which established a fund of over 12 million euros, to finance projects for the development of Polesine, particularly with regard to the fishing industry and the safeguard of Po Delta Park.

• In August 2008 the terminal's reinforced concrete structure (GBS) is completed and then towed by four trans-oceanic tugs for 1,700 nautical miles (about 3,000 kilometers) to its final destination off the Veneto coastline. There it is set down on the sea floor, ballasted with sand and water and connected to the pipeline for final installation and commissioning.